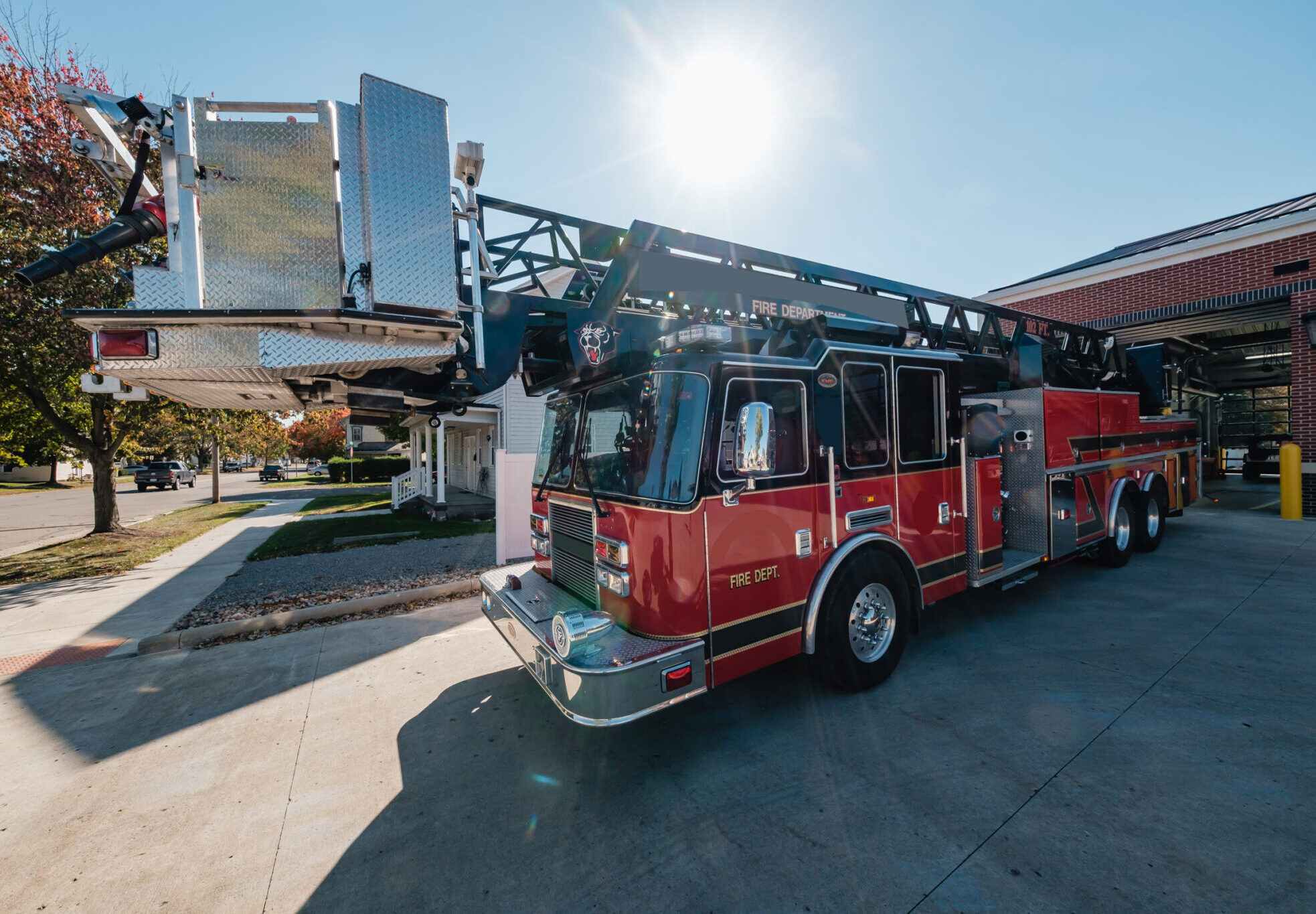 This truck was originally purchased by the City in 1987 as a Grumman 102’ on a Simon-Duplex chassis that was manufactured in Midvale.  In 2008-2009 KME (who purchased Grumman’s pattons) re-chasse and re-furbished the truck by removing and sandblasting, x-raying, putting a new basket and waterway on it and installing a new hydraulic control unit and all-new valves and controls. The 1500 GP< Waterous two-stage pump was removed and refurbished with new impellers and valves.  KME also installed a new 300-gallon booster tank. It has been serviced and the ladder and pump have been tested and passed annually by a 3rd party since 2009. 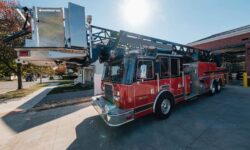 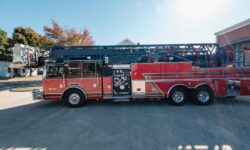 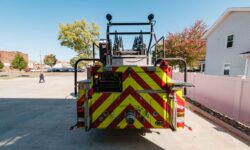 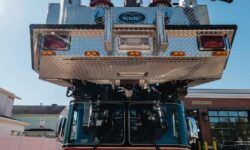 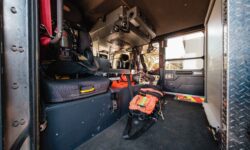